14 questions about the contraceptive pill, answered by gynaecologists

Are you currently taking the contraceptive pill, or considering approaching your doctor about it? You probably know plenty about the convenience and reliability of taking this form of birth control, but may have questions about side effects and future fertility that the patient information leaflet may not have covered.

What’s more, while the instructions for taking the contraceptive pill are easy enough to follow – at same time every day for 21 days, followed by a seven-day break – life sometimes gets in the way, and when an unexpected illness or some other event strikes, it can be tricky figuring out whether you’re protected or not.

1. I’m taking the pill and have had a bleed between two periods. Should I be worried?

Bleeding between periods can occur in the first few months of starting a new pill, but this should disappear within three to six months, and there is usually nothing to worry about. Aside from the few few months, you should expect to have a regular predictable bleed, says Mr Vashisht.

2. I have been taking the pill for five years. Should I stop taking it to give my body a break and let my hormones return to normal? 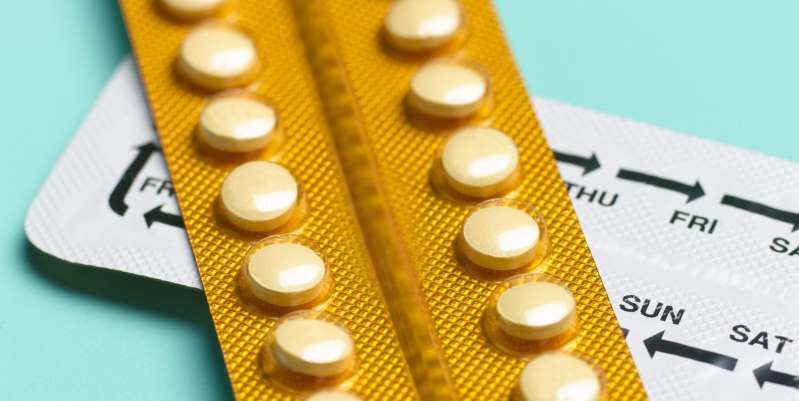 If you are not experiencing any side effects and your blood pressure is not high, there’s no need to take a break. There is no research to suggest that there is a benefit to your health or fertility from taking a break from the pill. The levels of hormones in birth control pills is very low, so you can continue taking them for many years. ‘You can use it as long as you need contraception,’ says Mr Pisal. ‘Fertility will return usually within three months of stopping the pill.’

Most women are safe taking the contraceptive pill up until menopause, but it depends on individual factors like your weight, your blood pressure, and whether or not you smoke, as these things can affect the risk of complications with taking birth control as you age.

‘Conventional practice has usually suggested finding another form of contraception as a woman reaches the age of 40, although the UK Medical Eligibility for Contraceptive Use states that if no other medical risk factors, it can be used until the age of 50,’ says Dr Gavin Kemball.

4. I’m taking antibiotics for my acne. Will this affect my pill?

‘It’s important to check with your doctor before taking antibiotics and also to read the information pamphlet to check for any interference,’ says Mr Vashisht. ‘Some women should take additional precautions depending on the medication.’

5. Will a pregnancy test be accurate if I’m taking the pill?

Yes, a pregnancy test will be accurate if you are taking the pill, says Mr Pisal. ‘Pregnancy tests measure a hormone called Human Chorionic Gonadotrophin (HCG) which is not affected by the pill,’ he explains.

6. Does the pill affect cancer risk?

Some scientific evidence suggests using the contraceptive pill for long periods of time increases the occurrence of certain cancers, but most data shows that it doesn’t increase your overall risk.

‘In fact, the combined contraceptive pill has been shown to reduce the incidence of ovarian, endometrial (womb) and colorectal cancer,’ says Dr Kemball. ‘There is a small increase in the risk of both breast and cervical cancer, but this risk disappears quite soon after stopping the pill.’

7. I want to try for a baby. How soon after stopping the pill can I conceive?

Most women return to their ‘normal’ menstrual pattern straight away with no long-term effect on fertility, Mr Pisal explains. Typically, you can expect to ovulate about two weeks after stopping the pill, which means you can become pregnant.

Very occasionally, some women do not ovulate and may miss periods after coming off the pill, he continues. ‘It’s important to see a doctor or gynaecologist if this happens, to rule out other causes, such as pregnancy and thyroid hormone problems.’

8. Does taking the pill make you put on weight?

Although there has been vast amount of research into weight gain and the contraceptive pill, there are no convincing studies that suggest a link between the combined pill and weight gain, says Dr Vashisht. However, the hormones in the pill can increase your appetite, which may mean you eat more, and may also cause fluid retention.

‘Most side effects in general, including bloating, breast discomfort and headaches, are transient and usually require a ‘bedding in’ period of one or two cycles while the body adapts to the new hormones,’ he says. ‘If the side effects persist longer than this, it may be worth going back to your doctor for advice on finding a contraceptive that is better suited for you.’

9. I have taken the pill for years and want to stop. Should I finish my current packet?

You can stop the contraceptive pill any time you like, and it will have little effect on your overall health. ‘It can be stopped at any time, but an alternative method of contraception is required straight away if needed, as ovulation can re-commence soon after the pill is stopped,’ says Dr Kemball. ‘Also, if not stopped after a full course of 21 active tablets, then there can be some irregular vaginal bleeding until the effects of the pill have worn off.’

10. I had vomiting and diarrhoea yesterday, will this affect the pill?

Any disturbances to your gastrointestinal tract, such as a tummy bug, may interfere with the pill’s effectiveness, says Mr Vashisht. You need to keep taking your pill at the time due but treat each day that you are sick or have severe diarrhoea as if you have forgotten to take the pill.

‘There are differing recommendations on what to do if you miss a pill depending on what stage of your cycle you are at, so you should consult the advice in your pill packet,’ he says. ‘If diarrhoea lasts for over 24 hours, you should use another form of contraception. If you vomit within three hours of taking your pill, this is considered to be a missed pill.’

If you missed or forgot to take your pill while experiencing sickness and diarrhoea and had unprotected sex during that time, you may want to consider using the emergency contraceptive pill. ‘The advice tends to err on the side of caution to minimise the risk of contraception failure,’ adds Mr Vashisht.

11. What happens if I stop taking the pill and my period doesn’t come back?

If you haven’t had a period for several months after stopping the pill – and you’ve taken a pregnancy test to rule out the possibility of pregnancy – don’t panic. The pill stops your body from making certain hormones, and when you stop taking the pill, it can take some time for their normal production to return.

If you were taking the pill to regulate your menstrual cycles, it’s possible you may not have a period for several months. ‘Many women may have underlying hormonal disorders which predisposes them to having erratic periods, and so are more likely to have a prolonged gap between stopping the pill and having a period again,’ says Mr Vashisht.

12. What happens if I take the pill while pregnant?

You don’t need to worry if you took the pill without knowing you were pregnant. ‘Many women often find they are pregnant while taking the pill, either because they have been taking antibiotics which can affect the activity of the pill, or maybe suffering from vomiting or diarrhoea,’ says Dr Kemball. ‘The current evidence suggests that there is no harm to the pregnancy if this happens, but it is recommended to stop the pill as soon as a pregnancy is confirmed.’

13. Aside from illness, what can affect the efficacy of the pill?

There are a few lifestyle factors that can affect the efficacy of the pill. ‘Forgetting to take the pill can obviously increase your risk,’ says Mr Pisal. ‘Always set a reminder and follow the ‘missed pill’ advice from the leaflet.’ Likewise, not starting the pill on the first day of the cycle can be detrimental to the rest of the cycle.

Some rarely-used antibiotics – such as rifampicin, which is used to treat bacterial infections like tuberculosis, leprosy, and Legionnaires’ disease – can interfere with the effectiveness of the combined pill, Mr Pisal continues. ‘Some medications used to treat epilepsy and HIV can also have similar effects. Drugs that cause nausea, vomiting and laxative effects can also influence the effectiveness.’

14. Does taking the pill increase the risk of having a stroke or heart attack?

While the overall risk is still very small, it’s wise to avoid this form of contraception in women who have a higher risk of these problems, says Dr Kemball – for example, due to family history, previous DVT, high blood pressure, high cholesterol levels or smoking.

We have 31 guests and no members online