There has been a “shocking” decline in primary school pupils’ levels of attainment in England after lockdown, testing has revealed, with younger children and those from disadvantaged backgrounds worst affected.

The results provide the first detailed insight into the impact of the pandemic on academic attainment among young children and show an average decline in performance of between 5% and 15% on previous years. The biggest drop was in maths scores, and overall seven-year-olds were the most impacted.

The data, shared exclusively with the Guardian, is based on standardised tests sat by a quarter of a million pupils earlier this term. Researchers said they expected attainment to drop after more than five months out of school for most pupils, but were surprised at the scale of decline.

“Purely statistically speaking, it’s a massive drop,” said Dr Timo Hannay of the education data analytics company SchoolDash, who analysed the results. “We could have expected something like this. But it’s absolutely shocking in terms of its size.”

The tests by RS Assessment from Hodder Education are widely used in primary schools across England, usually on a termly basis, to assess children in maths and English to track their progress.

Tests which were scheduled to take place during the summer term were postponed as a result of school closures, and children in 1,700 schools sat them four months later when they returned at the beginning of the autumn term.

Disadvantaged students, who are eligible for free school meals and attract additional pupil premium funding, suffered the biggest drop in attainment, particularly in areas of high deprivation in the North and Midlands, widening the attainment gap “significantly”.

In maths tests, children across all age groups struggled particularly with fractions and geometry, where attainment was down 14% on last year. Results for punctuation were also down 14%, and in reading tests there was a 10% drop in the comprehension element of the paper. 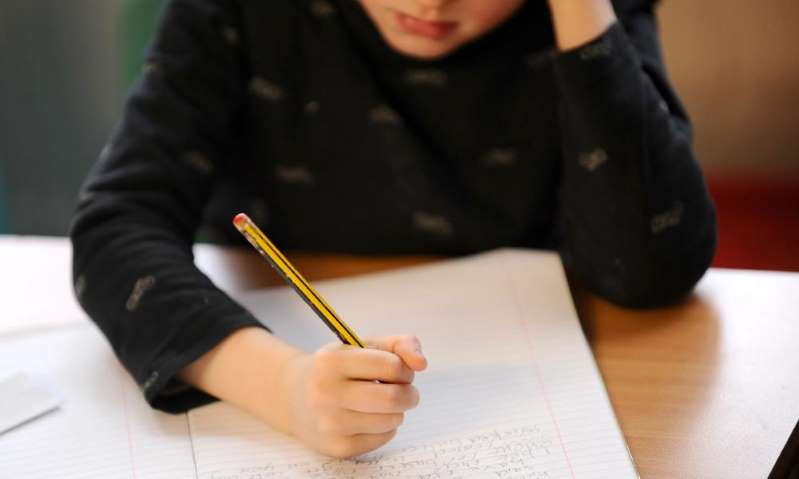 Results for vocabulary across all age groups were down 11% and spelling scores 10%. Ordinarily, Hannay said, there would be little change in results from year to year.

Younger children appear to have lost out significantly. Pupils aged five and six, in year one, suffered “concerning” drops in attainment, according to RS assessment, with comprehension scores down by an average of 15%, phonics attainment by 16% and “reading for meaning” by 14%.

Katie Blainey, publishing director at RS Assessment, said: “This year, more than ever, it is important we use every resource we have to quickly understand what impact school closures may have had on attainment across the country.

“By providing this detailed analysis of primary test results from the first six weeks of the autumn term, we hope to provide evidence to help focus support to help those children most affected by the closures.

“There have clearly been significant impacts on learning, but not all children have been affected equally, so we hope this analysis will help to work towards a fairer start in life for all pupils, regardless of background.”

James Bowen, director of the National Association of Head Teachers, said: “It will be some time before we will know the true extent of the impact of the current crisis on pupils’ learning, and it is clear that the effects will go on for some time yet.

“However, it comes as no surprise that the last nine months have had a negative impact on many pupils. What is needed now is a multi-professional approach to ensure every child gets the support they need, and a government that is prepared to support those families and pupils that have been hardest hit.”

A Department for Education spokesperson said: “We know that some children do need additional support to catch up as a result of the pandemic, which is why we launched a £1bn Covid catch-up fund for schools to support those children who need it.

“Our national tutoring programme is now live in schools, providing intensive support to the most disadvantaged children. The evidence shows high quality tutoring can make up as much as three to five months’ lost learning.”

We have 142 guests and no members online