We have 26 guests and no members online

A woman with 14 children - including octuplets - has snapped back at a critic who wanted to know why she 'needed so many kids'.

Nadya Suleman rose to fame back in January 2009 when she had eight babies at the same time and became known around the world as 'Octomom'.

She already had six children - four sons and two daughters - through IVF before she was thrown into the spotlight.

The mum, who turns 45 today, had avoided the media while her children were young, but has recently begun sharing some of their lives. 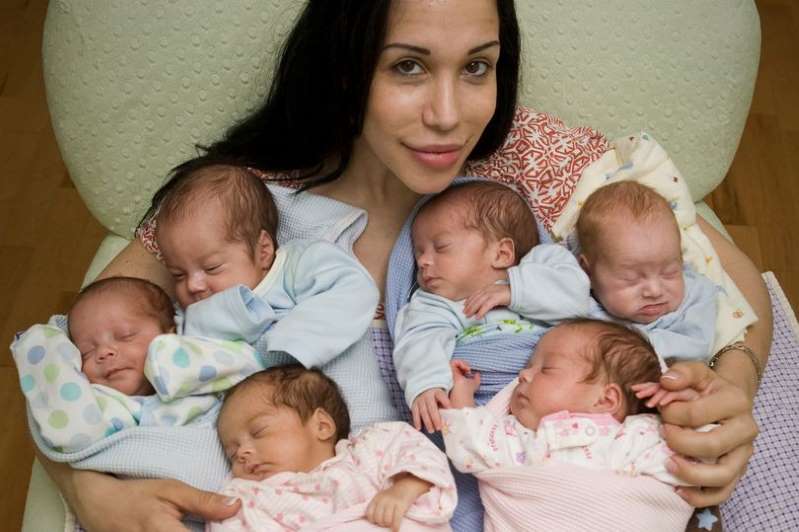 Back in January Nadya, originally from California, shared a post about her 'miracle' octuplets' 11th birthdays.
She shared the rare snap of her six boys and two girls as they enjoyed a sit down birthday dinner, complete with celebratory hats.
"Happy birthday to my beautiful angels" she began the lengthy dedication.
"You are some of the kindest, most compassionate, caring human beings I’ve ever known.

"Words cannot express how grateful I am to be your mother."
She added: "You are my miracles, my angels, and I will love you with all my heart, forever.

But one of her followers was quick to ask why she needed to have so many children.

She snapped back that she didn't "need" to have them.

Nadya said: "No one ‘needs’ any children.
“I never planned on having octuplets (8 born simultaneously), though I wanted a big family (not THIS big lol) … hopefully, one day you will watch/read my true story.”

In a 2018 interview with The New York Times, the proud mother explained that she has sometimes had to resort to desperate measures in order to pay her bills.

However she has since kicked the habit and quit her short career as an adult film star.

Speaking to The New York Post, Nadya admitted that the turning point occurred when she came home from a bikini shoot to find her then-10-year-old daughter Amerah playing dress-up.

"She had been parading around in a pair of stripper-style spike heels, and I knew that I had to stop then," she admitted.