Sir Elton John and husband David Furnish had a treat in store for fans to mark the Easter weekend. Taking to Instagram on Sunday, David shared a very rare snapshot of the couple's two sons, Zachary, ten, and eight-year-old Elijah.

Elton, 74, and David, 58, have been together since 1993 and welcomed Zachary via surrogate in December 2010, followed by younger brother Elijah, who was born in 2013 via the same surrogate.

Like many celebrities, they prefer to keep their young family out of the spotlight, so fans were delighted to been given a rare glimpse at the boys.

While their identities are largely obscured, it is clear that the brothers are growing up fast. Family friend Lulu was among those to comment on the  sweet snapshot, writing: "Even behind the eggs its clear they are growing up ... it happens sooo quickly!" 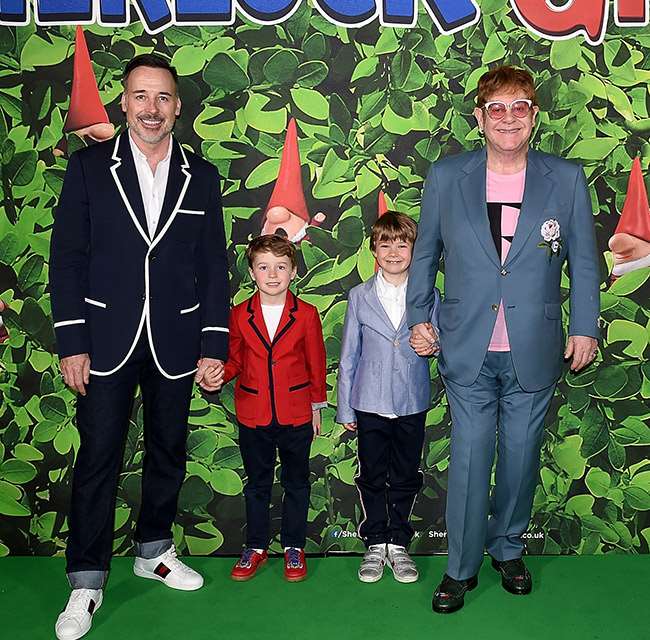 In a rare personal interview with the Guardian in 2016, Sir Elton spoke about the couple’s approach to parenting and how they keep their boys grounded.

"I'm their dad, I'm famous, they live an extraordinary life," he confessed. "David and I talk about it all the time, we're fully aware of the pitfalls that might happen.

"They are spoilt in the way they live and how they’re living, but they're not spoilt when it comes to the rules they have to live by. They get £3 pocket money, but £1 is for charity, £1 is for saving and £1 is for spending, they get three coins and put them in separate jars.

We have 82 guests and no members online