Meghan Markle UPDATE: change to Archie's birth certificate was requested by The Palace

The Duke and Duchess of Sussex have clarified the situation around the change that happened to their son Archie's birth certificate a month after his birth.

The Duchess' spokesperson has now spoken to HELLO! to clarifiy information about the story, which originally appeared in The Sun. The spokesperson has revealed that while the change did take place, it was something that was requested by The Palace, rather than a decision made by Meghan or her husband Prince Harry. It also calls into question the validity of the royal experts quoted in the original article. 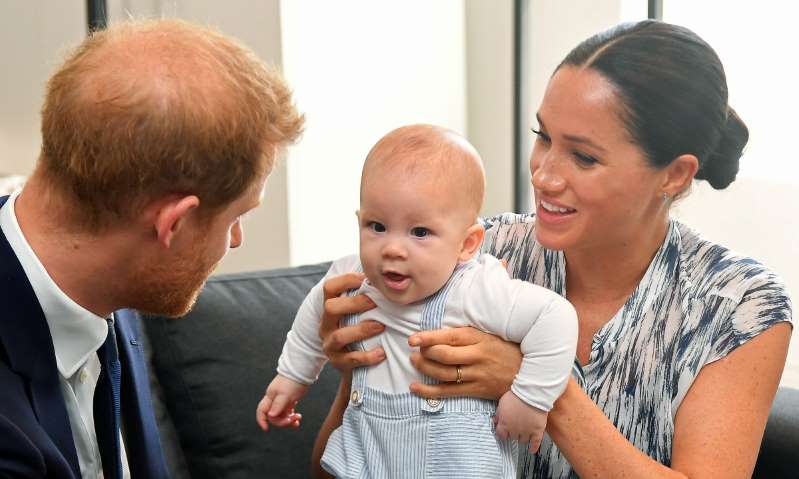 "The change of name on public documents in 2019 was dictated by The Palace, as confirmed by documents from senior Palace officials. This was not requested by Meghan, The Duchess of Sussex nor by The Duke of Sussex. To see this U.K. tabloid and their carnival of so-called ‘experts’ chose to deceptively whip this into a calculated family ‘snub’ and suggest that she would oddly want to be nameless on her child’s birth certificate, or any other legal document, would be laughable were it not offensive. There’s a lot going on in the world; let’s focus on that rather than creating clickbait," concludes the statement from The Duchess of Sussex's spokesperson.

The Duke and Duchess of Sussex will celebrate their little boy's upcoming second birthday on 6 May.

The royal couple announced their intention to step back as senior members of the royal family last January, and have since settled into a new home in Montecito, in Megan's native California.

The Duchess has found support in her mum Doria, and her loyal friends, as well as the furry members of her family.

The Duke and Duchess of Sussex welcomed Archie in May 2019

She is a patron of animal welfare charity Mayhew and the organisation's CEO, Caroline Yates, recently told HELLO! that Meghan finds her dogs a source of comfort in difficult times.

She said: "Whenever we talk to the Duchess about the charity, she always references how important her dogs are and what a support they are, particularly during everything that's happened this year, with COVID, and with the personal trials and tribulations she went through this year."

The 39-year-old royal has long been an advocate for the welfare of animals and owns two rescue dogs, a beagle named Guy and a black labrador called Pula.

The couple's 2020 Christmas card featured Archie and their beloved dogs

The two dogs appeared with Meghan and Harry in their Christmas card last year, along with little Archie.

Caroline revealed the charity was "really thrilled" to be chosen to share the Sussexes' 2020 Christmas card.

She told HELLO!: "We had no idea what it would look like before we got the photo, and when we saw it, we thought, 'Oh wow!' It's very family-oriented, it was really lovely."

We have 30 guests and no members online