The former Ex On The Beach star, 29, shares his daughter with partner Safiyya Vorajee as the pair recently revealed devastating news that his baby's cancer has returned.

Azaylia was diagnosed with a rare form of leukaemia after her birth in October, before Ashley revealed that she needed a stem cell donor in November.

She is being treated in Birmingham Children's Hospital and Ashley has now said that a stem cell transplant has been performed and Azaylia was now on her "toughest journey" as she bids to fight leukaemia.

Taking to Instagram for a quick Q&A with fans, Ashley answered some questions about his baby girl's condition. 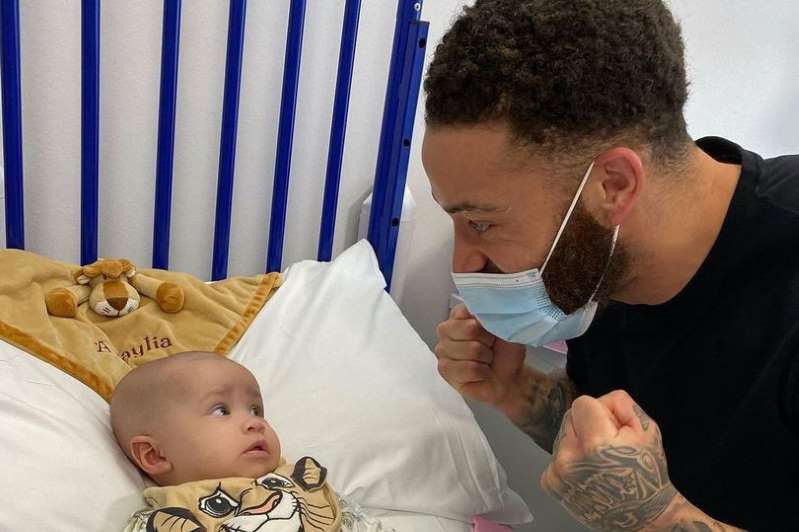 "Do you and Safiyaa get to see each other much at the moment? You both are such an inspiration," one fan wrote.

Ashley responded: "We get to spend about five minutes chatting when we switch over in the hospital. Apart from that it's phone calls and FaceTime."

When quizzed on what gives him strength and courage on a daily basis, the reality Tv star said: "My daughter is the source of all my strength. She gives me unmeasurable amounts of love and happiness.

"Me being upset and negative won't help a thing."

He went on: "If my daughter can fight this, the least I can do is be strong and surround her with the best energy possible."

Another concerned fan asked him how he's getting on, to which Ashley candidly replied by saying he's "heartbroken".

"It's the hardest thing I could imagine in my worst nightmare," he said. "Every single day. But at the same time I genuinely believe in my daughter and I can honestly say I enjoy and appreciate every single second with her."

Ashley said that watching baby Azalyia suffer is "torture," before adding that he would take "any punishment imaginable for her to be free of this".

We have 66 guests and no members online